In 2017, female artist couple Fleur Pierets and Julian P. Boom started 22–The Project a performance art piece in which the couple would marry in every country that legalized same-sex marriage. There were 22 countries when they launched the project in 2017. Since then the number of countries has grown to 28.
Fleur and Julian married in New York, Amsterdam, Antwerp and Paris. After the 4th. wedding Julian was diagnosed with brain cancer. She died on January 22, 2018.

Canceled is one of the three series Fleur made after her wife’s death. Their wedding performance had a worldwide following and was broadcasted and featured in every country.
By blowing up 12 newspaper articles, varying from Poland to US, Italy and The Netherlands, Fleur shows that a story of hope and love got canceled by life itself.

The series premiered at the Empirical Nonsense Gallery in New York City. 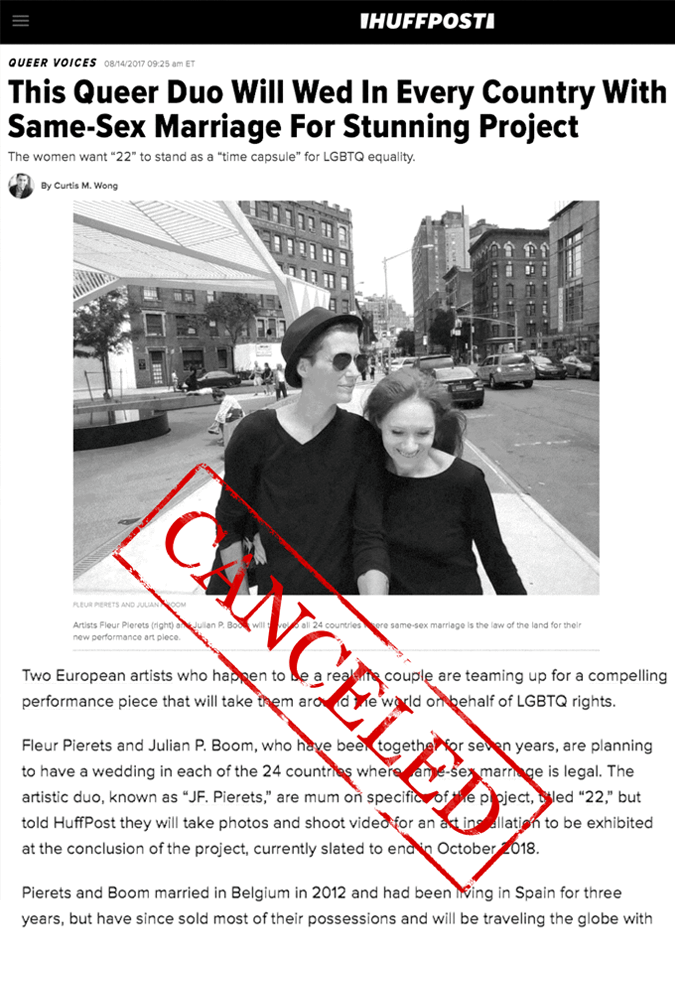 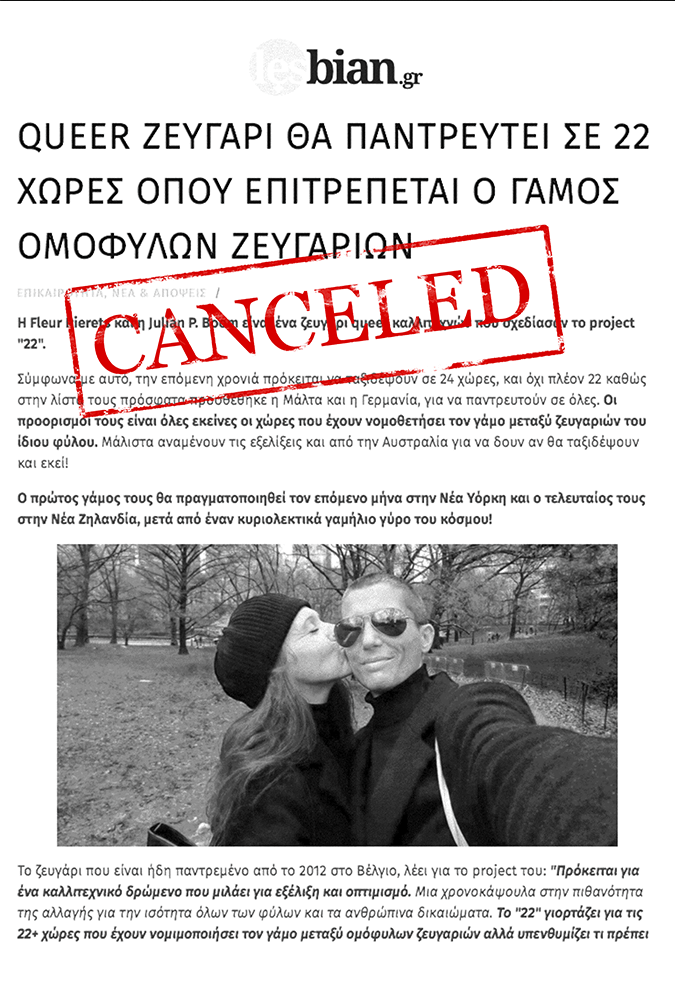 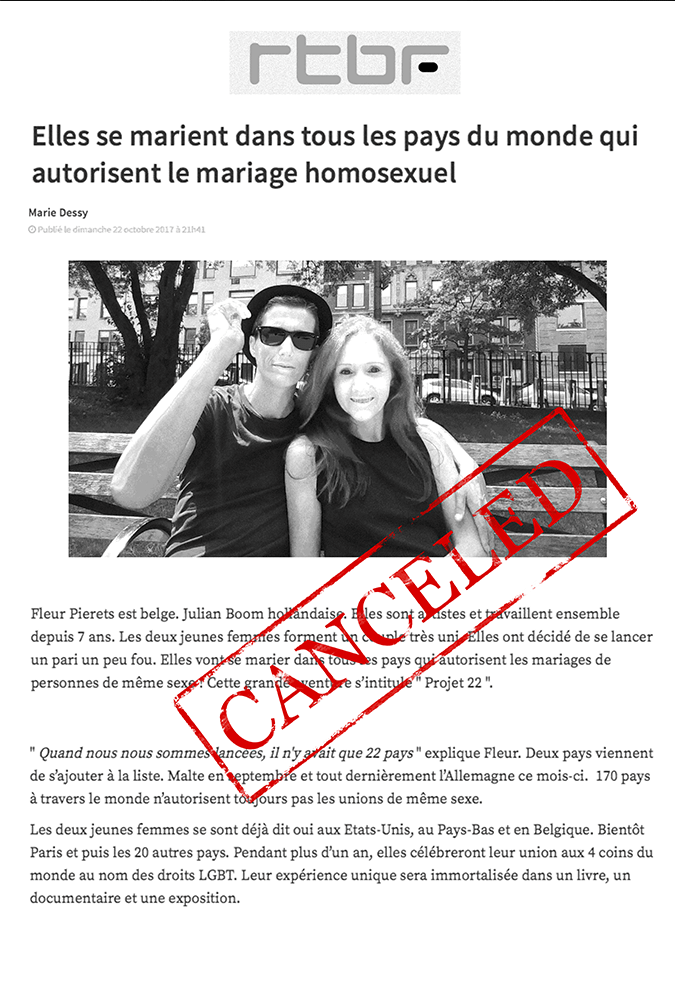