Two female artists denounce capitalism in concrete sculptures. The remains of their abandoned skatepark/DIY art project, can be found in Spain.

Cártama is a city in Spain, a half an hour’s drive from Malaga. It is located in the valley of the river Guadalhorce and the houses are built on the steep ramp of the Virgin hill. The village ends at the top, in a ruined fortress dating back to the 10th century. The old village, which has a 3000-year history, is surrounded by kilometers of fields of lemon and orange trees.

The moment we drive past the abandoned lipstick factory of Cártama, everyone in Andalusia is suffering from a heavy heat wave.

‘What is that?’ E. asks, but we’re far gone before I can look. I turn back on the roundabout and look at what E. points at. I see a golden thing sticking out above the weeds.

When we get out of the car the heat drops like a thick, warm blanket and the wind blows as if someone is holding a blow dryer on the highest setting in front of our face. ‘Close the shutters and drink water’ is the prevailing advice on these days, but even though both E. and I have lived here for a long time, it is still an art not to fall into the tourist trap by thinking that all will be fine. Because it isn’t. And in 43° we step over the cracked concrete, and through leftover waste from cans and crippled garden chairs. We navigate between broken glass as the dried sticky ragwort, stings our ankles and calves. Once on the highest plateau we see that the golden protrusion is the top of a champagne bottle. The cork has a diameter of about 50 cm and when I extend my hand I feel that it is made of concrete. From above it is clear that the site consists of three levels and in between the rubbish we see several sun-blurred objects sticking out of the ground; a faded yellow car, a scooter, a giant American Express card. All in concrete, all hidden among the rubbish and the weeds.

We are in the middle of the abandoned site of DineroDIY, a skate park annex art installation that had its heydays in 2018.

Lev Mclean and Eve Arslett, two British female artists, first saw the abandoned factory while in Cártama. Mother and daughter, both lovers of the prevailing skate culture in Spain, get out of their car and start clearing rubble. They are not deterred by the animal bones scattered here and there, and hours later the potential of the place they have cleaned shows itself. They decide to be on the lookout for a few days to see if they can realize their dream here.

However, the lipstick factory had closed its doors in 2007 and no one cared about the site.

They decided to start building one obstacle, but soon they got the hang of it and wanted to do more. The first piece of art was a pile of euro notes and gold coins – dineros – and the name of the park was born.

They build installations with images of a Cadillac, an airplane and a gigantic Monopoly board consisting of all the famous skate spots in the world. In the Paris section is a replica of the Eiffel Tower, and a dining table in the Maxim restaurant. On the right, a black Orient Express thunders out of the ground.

The artists had worked with cement before and knew the basics of building, but this was a whole different level. They had to learn about concrete and building materials, how to create shapes, how to calculate trajectory and speed to make the objects skate-able. They learned everything through YouTube, and by asking local store owners for advice. These – while helpful – were mostly baffled as to why 2 women were building things on that ruined piece of land. While working, they met skaters, non-skaters and entire families who came to watch the project progress. Finally the mayor of the city came and gave his blessing.

Of the three levels that subdivide the site, the highest level is devoted to material luxury. Expensive brand names, Louis Vuitton luggage and Tiffany’s jewelry boxes are scattered across the platform.

At the second level the statements are made. There is a concrete copy of Time Magazine with an image of Mark Gonzalez on the cover. Gonzalez, known as The Gonz, is an American professional skateboarder and artist. Known as a pioneer of modern street skateboarding, he was named the “Most Influential Skateboarder of All Time” in 2011. Another skate obstacle shows the Mona Lisa with a skateboard in hand and the person in Munch’s Scream, is wearing baggy jeans.

The last and lowest level is inspired by the luxury of Las Vegas. ‘Where you can blow up your money in the casino’, the artists clarify.

Skating and capitalism remain a delicate balance and a skater operating under the name Lurper wrote an article on the website of the magazine Jenkem entitled ‘How companies are changing skateboarding and why it matters.’ The article is about companies such as: Vans, Adidas and Nike, who have secured a profitable position within the subculture. Lurper writes: “As skateboarders we all share social space and none of us exist in a vacuum (in some way all of our actions affect the skate culture as a whole and every skater within it). Within this social space our collective actions have produced and emphasized how important creativity, autonomy, cooperation, and fun are within skateboarding. These values make up the dominant ideology within skateboarding, which shapes our identities, how we view the world and how we act within it. But as more and more corporations enter the activity, they are challenging and attempting to shift the dominant ideology and performance of skateboarding into something that allows them to rationally fulfill their sole purpose: the pursuit of profit.”

One of the biggest concerns is that companies are taking advantage of skate culture and want to control all aspects of the activity. Which is basically the antithesis of what skateboarding is all about. Instead of making inefficient, creative and collaborative skate videos, in corporate culture skaters will enter the competitive, highly predictable, standardized, quantifiable and verifiable world of mega competitions. And that is exactly what makes a project like DineroDIY so interesting. Anyone who knows anything about DIY projects or has ever built one, knows that the demolition hammer is often already waiting behind the corner. But that too is part of the anti-capitalist mood, where by imitating luxury they wanted to make it accessible to everyone.

In that atmosphere, DineroDIY was fully funded by the artists. They often searched garbage dumps for material they could use, or they found discarded cans that still had a bottom paint in them. It was 2017 and when they talk about it now they still feel that excitement of the forbidden, of not knowing how it would go. They slept in their van and led a villainous life. It was unforgettable.

When I want to take pictures my phone turns out to be overheating and I go sit in the small stripe of shadow next to the factory until it cools down. E. takes a permanent marker from her backpack and writes her name and mine on the concrete. We so desperately want to leave something behind, create places that forever bear the memory of what once was. I was here. A phrase that can be found countless times on toilet doors and walls. A phrase that yearns for visibility, to be seen. I believe that by appropriating a space through words or images, you become part of the memory of that space. Even though our names are going to get faded or painted over with age, the next time we enter the site it will remember E’s hand, the pen, the names. And with that, we too will – if even for a moment – be the people we once were.

‘We have to come back,’ she interrupts my train of thought, while looking at one of the few empty walls in the factory, which is otherwise covered with graffiti and art. ‘Then we’ll bring aerosols and paint, and food, and drinks, and then we’ll make something.’

It won’t get any more meta than this today.

Pictures are courtesy of Lev Mclean and Eve Armlet (2017). 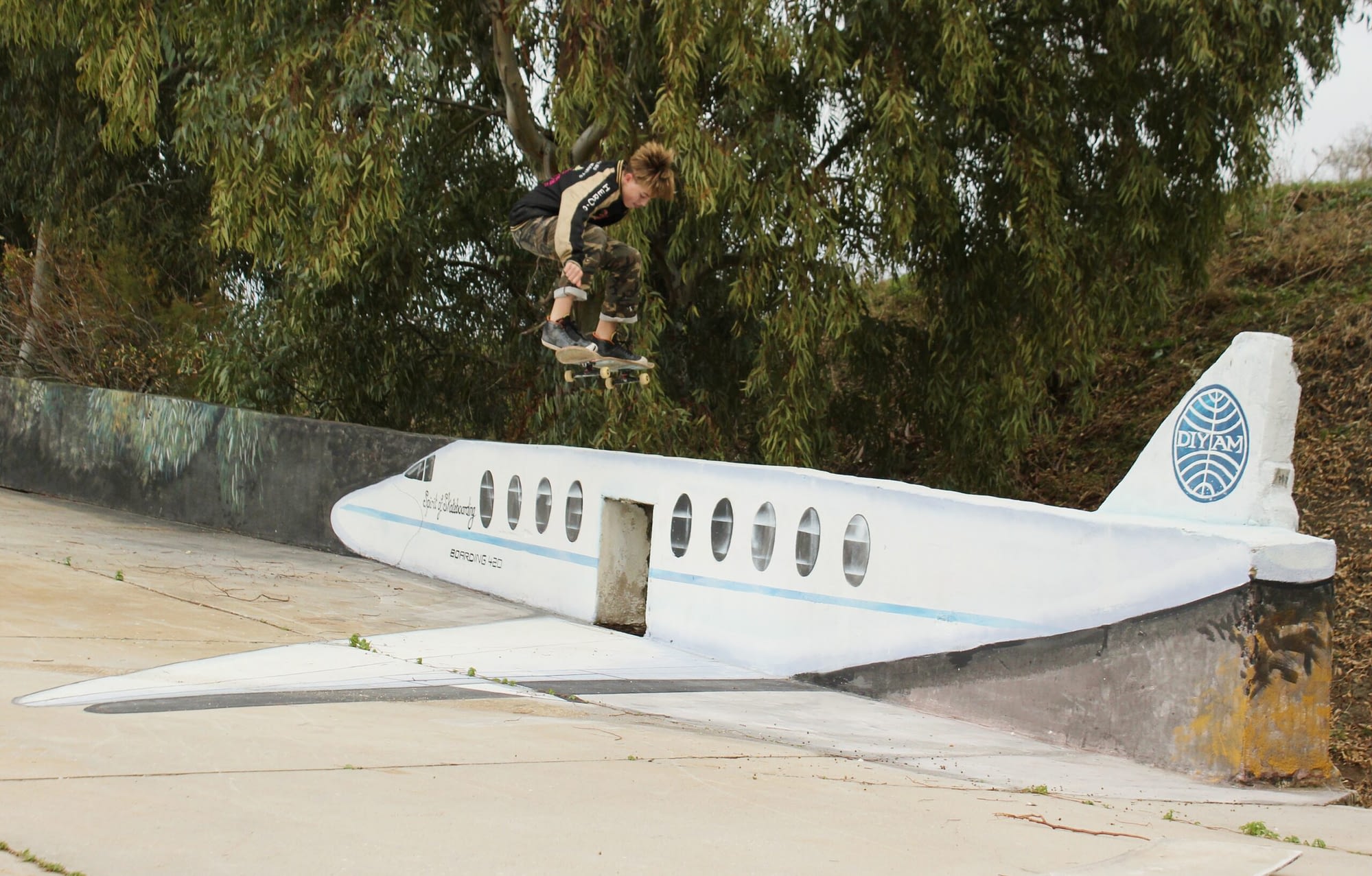 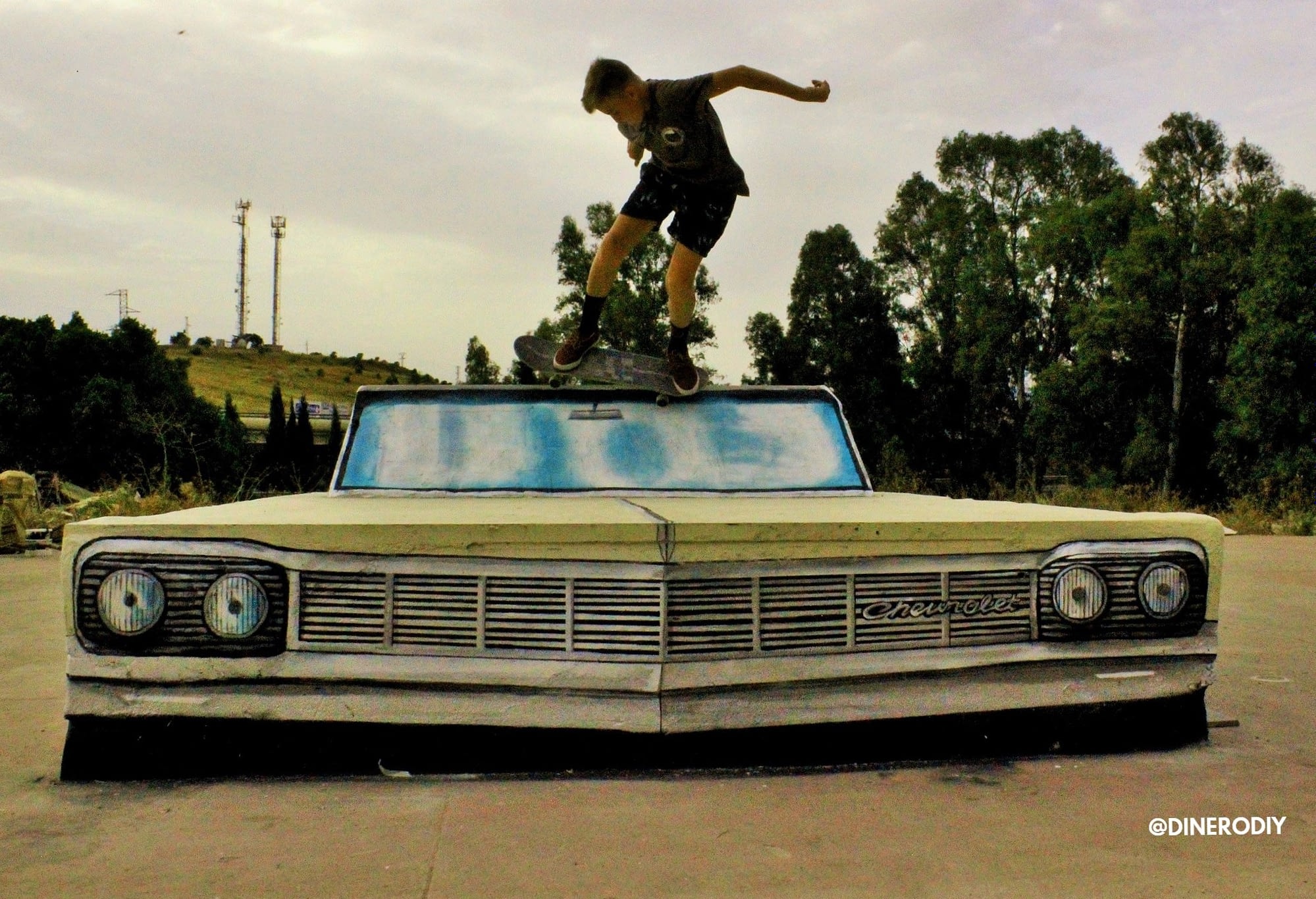 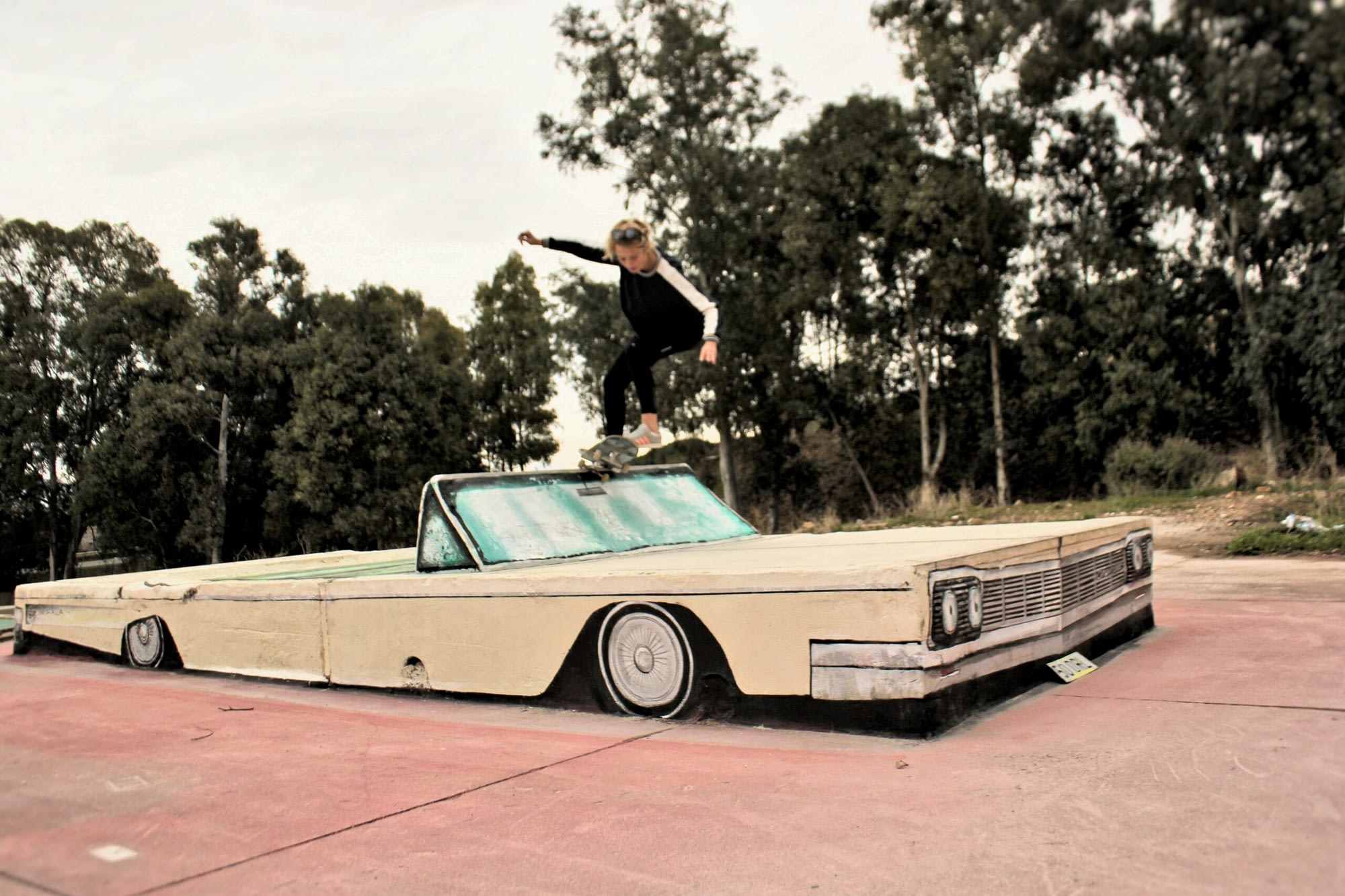